Thoughts and prayers for Nicky and the Hayden Family 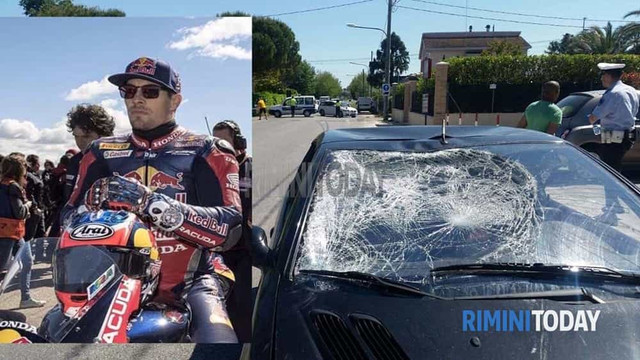 This is terrible news. My prayers go out to him and his family. Tragic news.

That's a hard hit on a bike to break a carbon fiber frame in half. Hope he makes it... still critical.


And 'hospitalized in extremely critical condition in the intensive care unit of Cesena Bufalini with doctors who are trying to save his life, the American rider Nicky Hayden. The 36-year old, after the terrible accident that saw him come over by a car on Wednesday afternoon, reported a thoracic polytrauma and traumatic brain very serious and it arrived in a state of unconsciousness in the ER dell'Infermi, the 36 year old driver of the Team Honda World Superbike was involved in a car accident while training bike, and after being stabilized by the health of the Rimini hospital emergency transferred to "buffalo" in Cesena. It 'still hospitalized in critical condition, with doctors who have reserved prognosis, due to very serious injuries reported after the collision with a car and have procured, the American rider, a multiple trauma cranial and abdominal.

FZ1inTX said:
That's a hard hit on a bike to break a carbon fiber frame in half. Hope he makes it... still critical.
Click to expand...

Actually not really... depends on how the stress was applied. A friend cracked his Carbon frame on his MTB by bunny hopping his front wheel up on a rock... Bicycle frames are pretty small in diameter so any major stress, especially on a road bike that is not designed to jump n such could easily result in a crack or break.

Regardless, that is not important. Hopefully Nicky pulls through. Oddly enough Road Biking is way more dangerous than Moto GP or World Super Bike.

another over-seas website translation - "
Nicky Hayden , was involved in a serious car accident in Rimini, in the early afternoon, while he was training bike, was transported to the Bufalini Hospital in Cesena, a few hours after the incident . The medical team of Romagna structure , particularly well-known and appreciated for its neurosurgery department, is currently unable to operate on the pilot, due to the widespread hematoma which causes a too high intracranial pressure, to think to be able to intervene . It has been tried to reduce such damage with a suitable probe, but still the result was not considered satisfactory. In addition to this result, Hayden suffered back injuries and a fracture to the pelvis and the femur . For the mouth of Dr. Senni, head of communications Cesena Hospital, the American rider is currently hospitalized in the intensive care unit, and is defined as in a "very serious".

A new update will only be issued tomorrow morning.
O

I hope he does recover.

It's a shame that he was hit by a motorist as I have found that the drivers in that region and in the Venneto are generally respectful of bicyclists. I wonder if that was a case of distracted driving with a cell phone?

The Red Bull Honda World Superbike Team would like to share the latest news on Nicky Hayden.

'As well as having his fiancé Jackie by his side, Nicky has now been joined by his brother Tommy and mother Rose who arrived in Italy from the United States earlier today.

'Below is a statement on Nicky's condition from the Maurizio Bufalini Hospital in Cesena, Italy.

"The young man, who is still in the intensive care unit of Cesena's Bufalini hospital, has suffered a serious polytrauma with subsequent serious cerebral damage.

There are unconfirmed leaks from the hospital that Nicky is being diagnosed as Brain Dead and life support could be turned off in a few hours.

I am praying that this is completely false information.

Bogie said:
There are unconfirmed leaks from the hospital that Nicky is being diagnosed as Brain Dead and life support could be turned off in a few hours.

I am praying that this is completely false information.
Click to expand...

yikes... i certainly hope that is not the case.

The UK live feed posted this not long ago:

20.00: The Maurizio Bufalini Hospital in Cesena (Italy), where Nicky Hayden is currently in intensive care, released the following statement at 19.45 local time (GMT+2):
“The clinical picture of Nicky Hayden remains unchanged. His condition is still extremely critical. "He is still in the intensive care unit of Cesena’s Maurizio Bufalini Hospital and the prognosis stays reserved.”

Defintely not good at all... 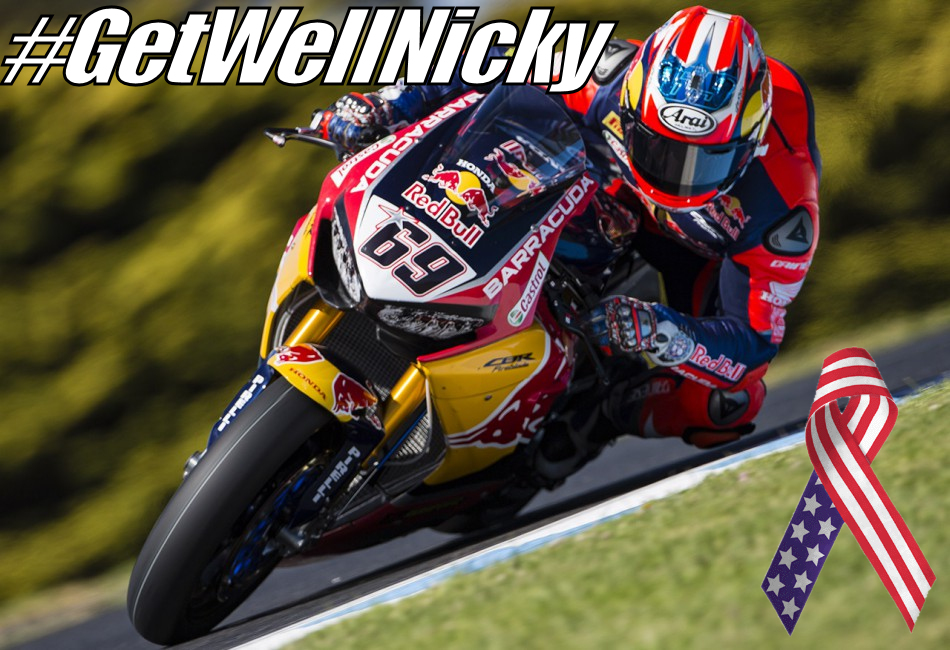 Sorry folks, I wish I could say this is fake but the new is here: Nicky Hayden has died | MCN Several sources are all reporting this announcement now. Sad day...

FZ1inTX said:
Sorry folks, I wish I could say this is fake but the new is here: Nicky Hayden has died | MCN Several sources are all reporting this announcement now. Sad day...

Very Sad indeed, your life can change/end in a second

Very sad news. Thoughts are with his family and friends.

He is now up there turning fast laps and trading passes with Marco!! 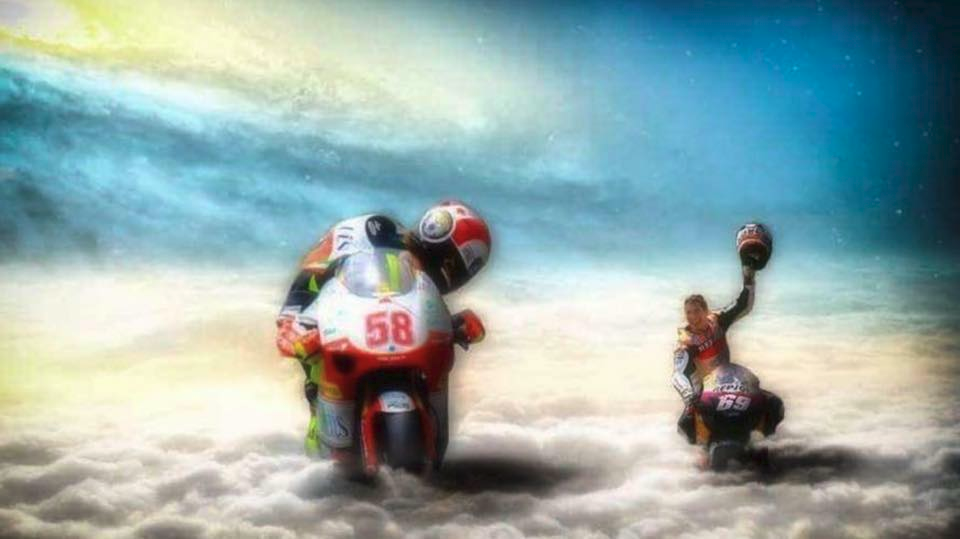 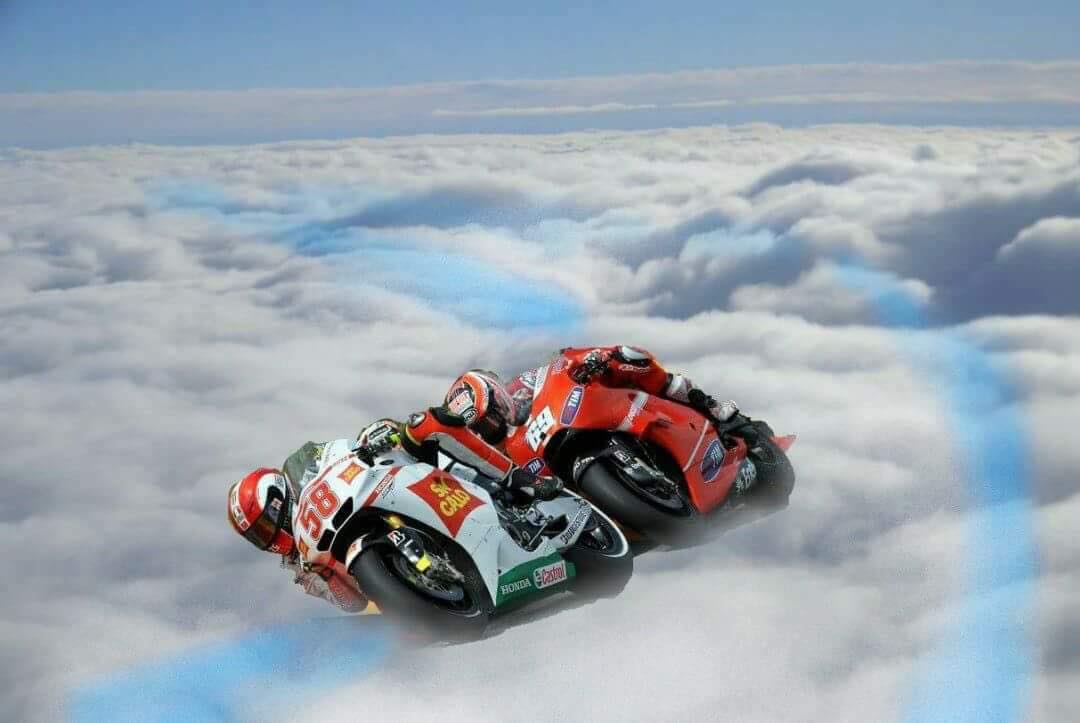