Gen 2 how to clean fuel filter

Curiosity got the best of me. While doing maintenance on my bike this spring I was curious about the fuel filter and there is not much info on this for the gen 2. I only really found one post and it just identifies where it was and that one other guy had carefully disassembled the fuel pump and cleaned his. This isn't a very difficult job if you take your time and are careful with the pieces. First thing is to remove gas tank propping it up and removing the two Electrical connectors below the tank then removing the fuel line by sliding the outer portion back pressing the two buttons and working it off the end. Only minimal amount of gas will come out from tank or line, but it's good idea to have rag under tan on electronics to catch any. Then the breather tube needs to be pulled throug or disconected. Finally remove long Allen bolt from rear of tank and it's free! If your gas tank is full, you need to syphon or dump out as much as possible to prevent a mess for the rest of the process.
OK now getting to the fuel pump/filter assembly. With tank vertice (leaned up a wall with a towel to prevent damage tor paint) pull rubber pressure relief hose out of the way, remove the allenhead bolts from the aluminum retaining ring. Now carefully pull fuel pump assembly out of tank. There is a float for the fuel gauge attached so it won't come straight out, but turning it the right way it comes out very easily. Once assembly is removed, disconect #1 and #2 connectors carefully. Also be sure to keep plugs in same spots while reconnecting because they will fit in either spot. (Pictured ) I used small flat screwdriver just enough to depress locking tab and release connector. Now you can separate what I call the base from the body by pulling back the outer white plastic clips. Then disconect pump from body by releasing blue plastic clips. Slide pump out then remove plug from top of pump. Now you have access to fuel filter. Mine had small pieces of metal, dirt and other foreign material covering the bottom. I swirled filter in bowl of seafoam, poured some in top of pump and used a piece of clear hose and rubber stopper to blow down through pump. Wiped off filter with clean rag, reassembled same as it came apart. 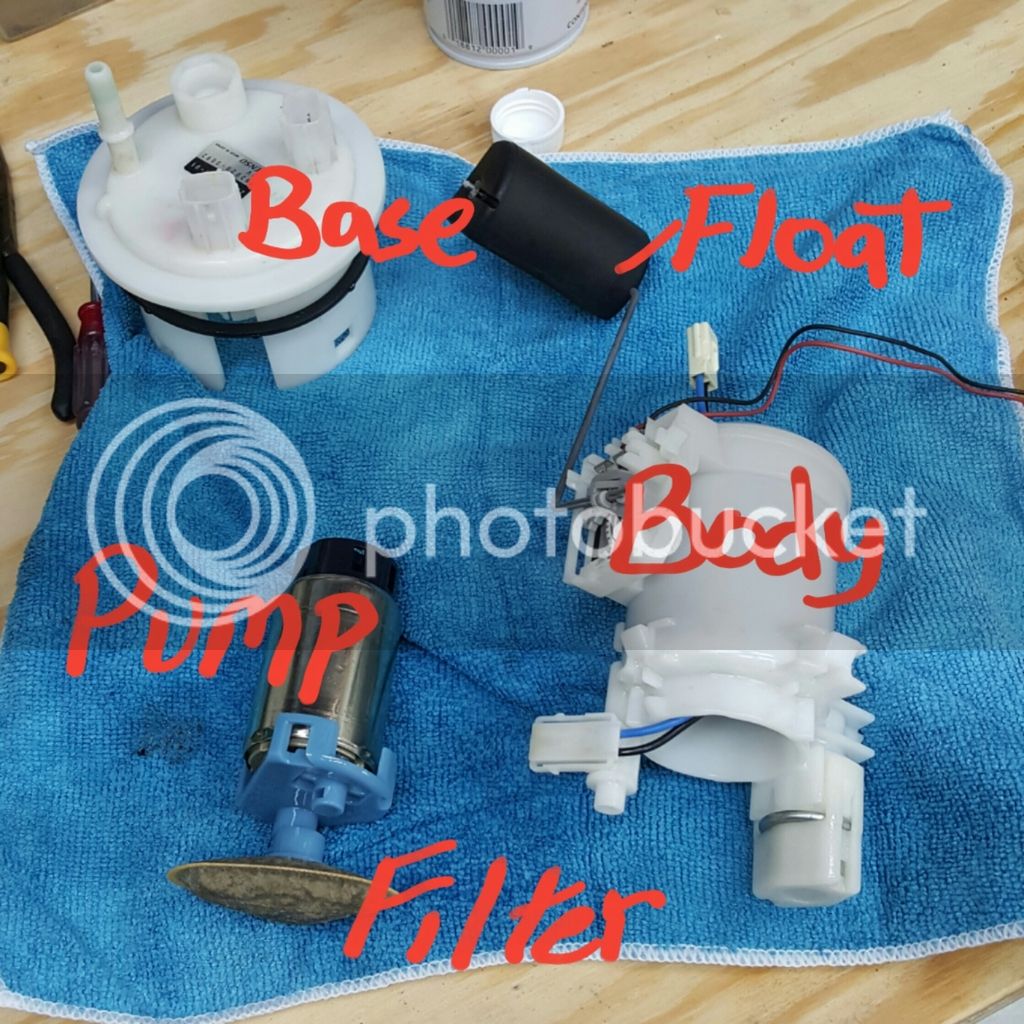 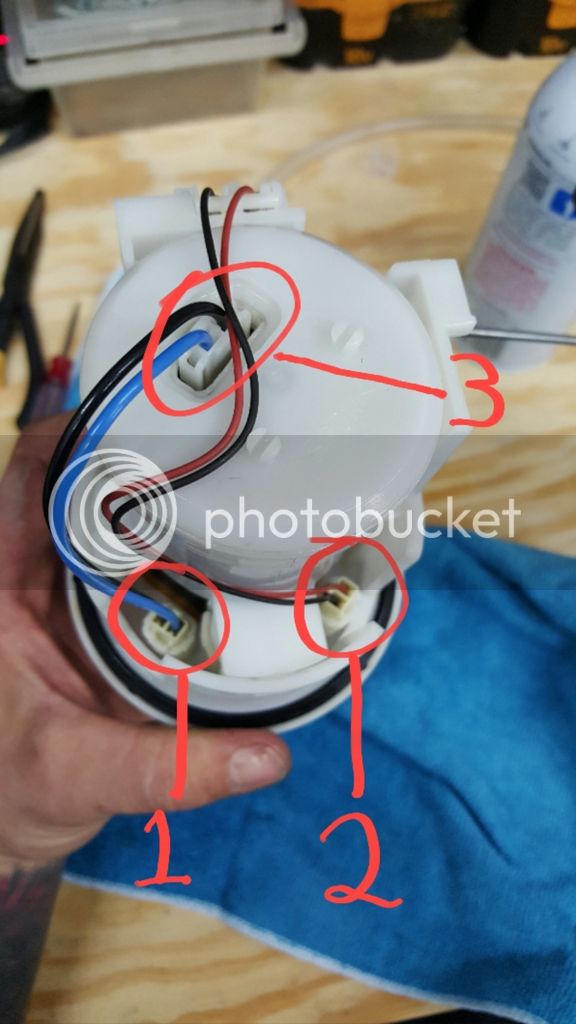 good write up. thanks

Yes, replacements are available. Found it on ebay a while ago. Not original but aftermarket. Search 'fuel pump strainer'. I think it fits also from some Honda CBR.